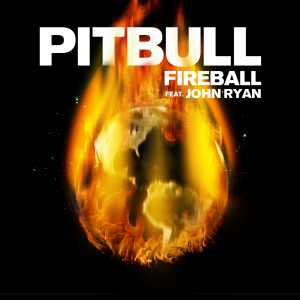 Pitbull is back! I know, he has never really gone, but the American rapper has ready new music and new album. So, you must be ready. Following the promotion of his latest single “Wild Wild Love” featuring G.R.L., Armando just premiered a new song.

The track called “Fireball“, I know Sean Kingston and his impact. It’s confirmed as the lead single taken from his eighth studio album “Globalization“, released on November 24, 2014 via RCA Records. The new single has the guest vocals of American singer-songwriter John Ryan.

Pitbull premiered the Brazilian-influenced track on his Soundcloud page on Wednesday July 23rd alongside of its release on iTunes. It’s not bad at all, but it’s not an instant hit.

The rapper performed live for the first time the new single alongside The Rockettes on America’s Got Talent on September 17th.

The music video directed by David Rousseau includes digital mashup with internet stars Jenna Marbles (who has a great following on her YouTube comedy channel and hosts YouTube 15 weekly program), Bart Baker (producer of popular music parodies) and Brittany Furlan, Vine star signed with Endemol Beyond USA. It was premiered on VEVO on Friday September 19th.