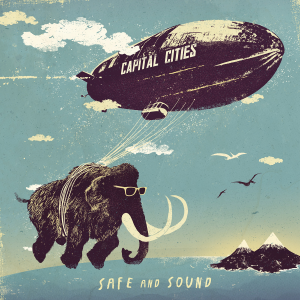 “Safe and Sound” is a song by American indie rock duo Capital Cities. The song was released as a Digital download in the United States in 2012 and was released in Germany on April 5, 2013. The song was used in a German Vodafone commercial and has peaked to number 1 on the German Singles Chart.

The song will be included on their debut studio album “In a Tidal Wave of Mystery” that’s scheduled for release on June 4, 2013 via Capitol Records. The music video directed by Grady Hall was premiered on VEVO on April 25. Amazing video for an amazing song!