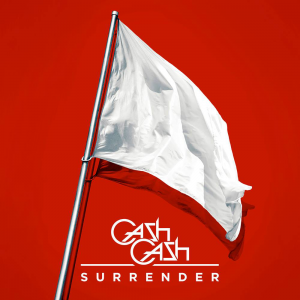 American EDM group Cash Cash is back to the music spotlight with brand new single “Surrender“. The track is confirmed as the lead track from its highly-anticipated fourth studio album, scheduled to be released in 2015 via Big Beat Records Inc. and Warner Bros Records.

“Surrender” was exclusively premiered on BPM on September 2nd, and it was released on iTunes on September 16th.

The interactive music video directed by Gustavo Torres and Greg Burke was finally premiered on Vevo and Interlude on January 14th.