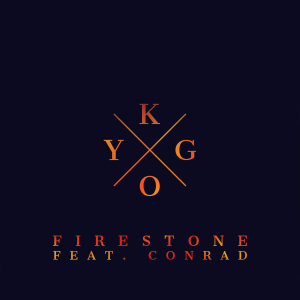 Kyrre Gørvell-Dahll, commonly known by his stage name Kygo, is a Norwegian DJ and record producer. He is best known for his remix of the track “Younger” performed by Swedish pop-soul rising star Seinabo Sey, which has been played 15.8 million times on Soundcloud and around 40 million times on YouTube.

After a break-through in 2014, he was asked by Coldplay vocalist Chris Martin to create a remix for the song “Midnight“. Now, he’s ready to conquer the charts with his own music and as the first taste he premiered his first single called “Firestone“.

The song has the guest vocals of Los Angeles-based newcomer vocalist Conrad, and it was premiered on December 2nd on Kygo’s Soundcloud account. The same day was released on iTunes.

“Firestone” is confirmed as the lead single taken from his upcoming debut studio album, scheduled to be released in 2015 via Sony Music and Ultra Records. During an interview with Billboard, he talked about the album:

I’m working on a lot of original material that I’m super excited about. I’ve been so fortunate to have the opportunity to work with some incredibly talented vocalists, guitarists and producers, and I can’t wait to share more originals in the future

The music video directed by Jon Jon was premiered on 9 March 2015.