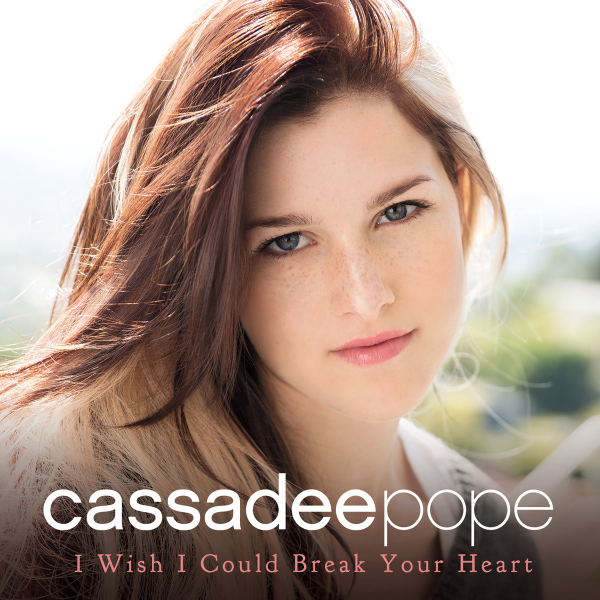 “I Wish I Could Break Your Heart” is a song recorded by American singer-songwriter and The Voice winner Cassadee Pope. The track is confirmed as the second official single taken from her debut studio album “Frame by Frame“, released on digital retailers on October 8, 2013 via Republic Nashville.

The song co-written by Gordie Sampson, Ashley Monroe and Jon Green serves as the follow-up to her smash debut single “Wasting All These Tears“, released in late-May last year. The beautiful piece of pop country music impacted U.S. radios on January 6. The singer returned to the set of The Voice to sing for the first time the new single on Tuesday December 10th.

Pope filmed the music video in late-January 2014 and it was directed by Wes Edwards. The video was exclusively premiered on CMT on February 18 and it was released on VEVO the next day.