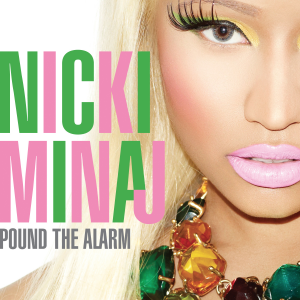 On May 22, the RedOne‘s produced track “Pound the Alarm” was confirmed as the next promotional single for the British market taken from Nicki Minaj‘s second studio album “Pink Friday: Roman Reloaded” that was released April 2nd, 2012. The new UK radio version of the song is a little more pop and has a different introduction and a extended final.

The official music video for the track was released on Tuesday July 31 through her VEVO channel.