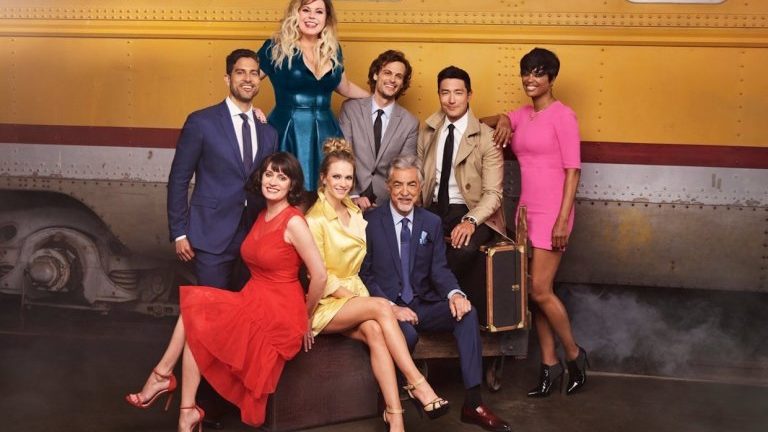 What do you do when you’re entrenched in beautiful yet messy and problematic feelings with your best friend? Worse, what will you do if your best friend is your colleague? The answers to these questions MIGHT (yes, there is no assurance as of now) be explored in the final season of Criminal Minds.

Yes, I am talking about the relationship between JJ and Dr. Spencer Reid. We were left with a huge cliffhanger when season 14 ended regarding what is the real score between the two. And there is a huge possibility that in January, the answers that we have all been waiting for will be revealed.

The popular CBS crime drama’s Season 15 premiere, titled “Under the Skin” will be airing Wednesday, January 8, 2020. In an exclusive first look by TV Line, we see a scene photo of JJ and Reid in the forest as if looking at each other with sparks. Sure, the photo shows the two sharing an intimate and a special moment. But there’s a catch: JJ is still wearing her wedding ring!

I have mentioned that towards the end of the Season 14 finale episode, a huge cliffhanger dawned on us. It is when JJ and Reid (and the entire BAU team of course) is dealing with an “unsub” who played a game of “Truth and Dare” with JJ. When she was pressed to choose between the two, she chose the former. The unsub then asked her what her biggest secret is, with which she replied: Spence…. I’ve always loved you,” she shared with her fellow captive. “I was just too scared to say it before. And things are really just too complicated to say it now…. I’m sorry. But you should know.”

After getting away from their captor, JJ told Reid that she only said that because she wanted to throw the unsub off his balance. Reid responded by posing his own “Truth or Dare,” asking, “Did you mean it?”

Well now, the popular speculation is that Reid and JJ are going to get it on a real relationship. But for what the real score is, showrunner Erica Messer might have something to say.

These people have been in the trenches together — as far as work goes, it’s life or death quite often — and who are we to say who gets close and who doesn’t?” She also conceded, “Yeah, it’s messy, and it’s weird, but ‘I’ve loved you for a long time’… that’s just the truth.”

Messer also said that they would explore JJ’s relationship, including that with her husband, in the new season. “We deal with that in the first two hours of the final 10 [episodes], because that needs some explanation and some tender care really to have her be fair to everyone. I think 100 percent that Reid loves her, too, so that’s where it’s hard.”

For whatever happens with JJs relationship, we surely wanna know. But for now, we have to wait until the episodes air! Bummer.

The series, created and produced by Jeff Davis, first premiered on CBS in September 2005, and since then, the success of Criminal Minds has become monumental. The show has opened viewers’ eyes to the science and art of profiling, a technique used by investigators to apprehend unsubs (unknown subjects) by analyzing their behavioral patterns and “signature.”

Casting for Rupaul’s Drag Race Season 13 is now open!
Why you should boycott Disney’s live-action remake of Mulan