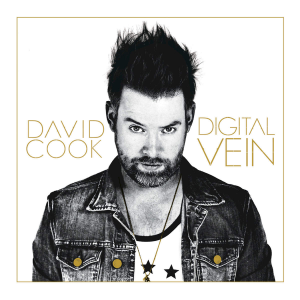 “Digital Vein” is the fourth studio album by American singer-songwriter David Cook. It was released on September 18, 2015.

“Digital Vein” is Cook’s first studio album since he parted ways with RCA Records in 2012. The album will be distributed through a deal with InGrooves Music Group.

The album includes the track “Laying Me Low“, released on April 30, 2013 through XIX Recordings, the record label of American Idol creator Simon Fuller. Another album track “Wait For Me“ was released independently through Cook’s label imprint Analog Heart Music on November 17, 2014.

The track “Wicked Game” was released as instant grat along the pre-order on iTunes on September 4th. The proper video for “Criminals” was premiered through Vevo on September 25th. It was directed by Patrick Kiely.