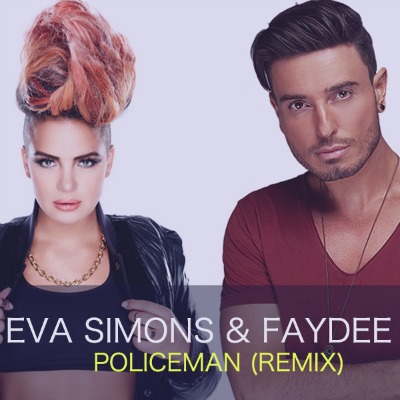 Get ready! Dutch singer-songwriter Eva Simons is back with catchy and infectious new single called “Policeman“.

This new dancehall-infused single arrives after the promotion of her latest collaboration “This Girl“, original by Australian producers Stafford Brothers, and it’s confirmed as another taste of her highly-awaited debut studio album.

“Policeman” was released on digital retailers on 10 April 2015, as another taste of Simons’ highly-awaited debut studio album, scheduled to be released in 2016 via Powerhouse Music.

The track includes the collaboration of Jamaican-based recording artist Konshens. The official music video directed by Rigel Kilston was premiered on Tuesday May 12th.

A special remix with Australian recording artist Faydee was released on November 5th. This new version of the single was produced by Divy Pota.