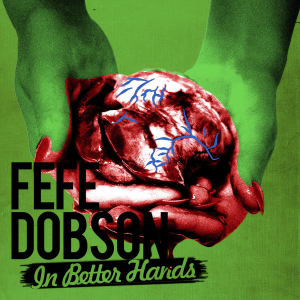 Canadian singer-songwriter Fefe Dobson continues promoting her highly-awaited fourth studio album ‘Firebird‘, scheduled to be released this year via 21 Music and Universal Music. After promoting the lead single from the album ‘Legacy‘, released in early-August last year, the singer has ready a new song.

The singer confirmed ‘In Better Hands‘ as the second official single taken from the album. It was released on digital retailers on March 18, 2014. It was written by Dobson, Denarius Motes, Edwin Serrano and Hasham Hussain. The music video was exclusively premiered on MuchMusic on March 21, 2014 and it was posted on VEVO on Monday March 24.

In addition, Dobson has recently released another track called ‘Celebrate‘, a promotional song for support Canadian representatives in the Olympic Winter Games in Sochi (Russia).