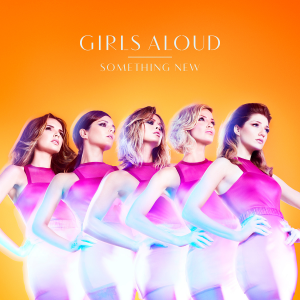 The English-Irish girl band Girls Aloud are ready to back to conquer the UK charts again. Cheryl, Nadine, Sarah, Nicola and Kimberly officially premiered their brand new single “Something New” on October 19, unfortunately the full song was leaked on October 15 and the record label decided to premiere the track three days before the official release concretely on October 16 via Capital FM. The track was produced by their usual Brian Higgins and Miranda Cooper better known as Xenomania. The music video was filmed in early October. The single is scheduled for release on iTunes on November 18, 2012. The track will be included on the upcoming Greatest Hits compilation for their 10th Anniversary entitled “Ten” that’s scheduled for release on iTunes on November 26.

Cheryl confirmed in her biography that the new single will be the official “Children In Need” 2012 theme and will be included in a greatest hits compilation. At the end of the promotion, the girls announced their final separation.

From Cheryl’s “My Story”:

“By the time this book is published Girls Aloud will have recorded this year’s Children in Need single, which is also a celebration of our tenth anniversary as a group, and we’ll hopefully be working on a tour and greatest hits album. Then I think that’s it for Girls Aloud. We’ve achieved far more than any of us ever dared to dream of and, whatever happens next, I know we’ll always be in each other’s lives.”