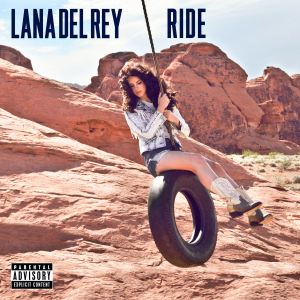 American singer-songwriter Lana Del Rey shot a music video in and around Las Vegas for the first single entitled “Ride” of her upcoming re-issue of the debut album “Born to Die” entitled “Born to Die – The Paradise Edition” that’s scheduled for release on late November 12 this year. The video took place at the Valley of Fire on Monday September 17, the Clarion Hotel’s showroom on Sunday September 23 and at various downtown hotels. Extras were wearing biker gear and rode motorcycles. The single was released on iTunes on September 25.

America is open roads, motorcyles and pinball. It’s Jack Daniels, guns and flags. It’s biker dudes, starlet girls, shots at fame and falls from grace. It’s sex, drugs, rock ‘n’ roll. To paraphrase Lana Del Rey, it’s fucking crazy. But even if it’s disconnected from the actual country that she comes, it’s the glamorous and dangerous image that conquered the imagination of people areound the world — which I think is one reason Ms. Del Rey has found mass success in Europe, while remaining a cult artist in the States. The official music video directed by Anthony Mandler was premiered on VEVO on October 12th.