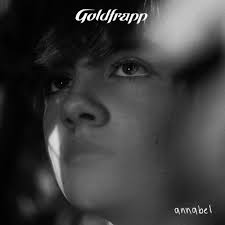 “Annabel” is a song recorded by English electronic music duo Goldfrapp. The track written by Will Gregory and Alison Goldfrapp is confirmed as the second promotional single taken from their upcoming sixth studio album “Tales of Us” that’s scheduled for release on digital retailers on 9 September 2013 via Mute Records.

The song comes after finishing the promotion of their the lead single “Drew“. The official music video directed by Lisa Gunning was exclusively premiered on Nowness on September 2.