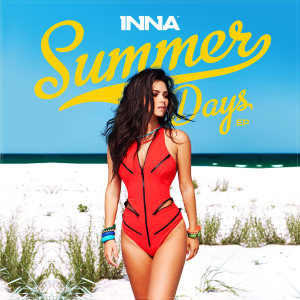 “Summer Days” is the upcoming first extended play by Romanian singer-songwriter INNA. It’s scheduled to be released on digital retailers on August 25, 2014 via Roton, Ultra, and Universal Music Group.

It comes preceded by the lead single “Cola Song“ and the latest single “Good Time“, released on July 15th. The third promotional single taken from the EP is the song called “Low” and produced by Play&Win, known hitmakers of her early hits like “Hot” or “Love“.