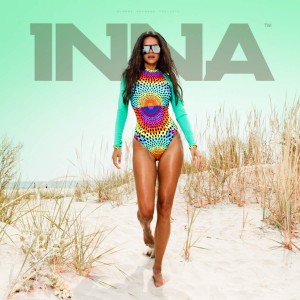 “INNA“, is the self-titled fourth studio album by Romanian dance diva INNA. It was released on digital retailers on 31 July 2015 (Japan Edition called “Body and the Sun“) and released worldwide on October 30th via Warner Music.

It includes the tracks released as part of her previously announced but never released EP “Summer Days“ plus her new and proper lead single “Diggy Down“. Besides, INNA has also collaborated on Alexandra Stan’s new single “We Wanna“ featuring Daddy Yankee, but is not included on the album.

The tracklist was revealed on Warner Music’s Japanese site on June 11th. The next official single is the track “Bop Bop“ featuring Eric Turner, known as the vocalist on Tinie Tempah’s super hit “Written In the Stars“, released in 2010.

The next one “Rendez Vous“ also got official video, which was shared on Thursday, February 4th. “Yalla“ was also released as promotional single.