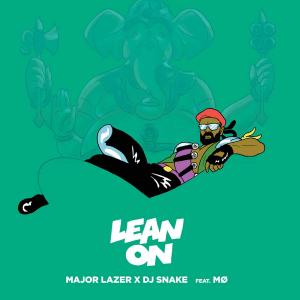 Following their collaboration with Ariana Grande on ‘Mockingjay Part 1′ track “All My Love“, Diplo, Jillionaire and Walshy Fire, known professionally as Major Lazer, have ready another pump for our ears.

The electronic music project plans to release new single called “Lean On” as next taste of upcoming third studio album, scheduled to be released in 2015 via Secretly Canadian and Mad Decent.

The song is a collaboration with French deejay and producer, DJ Snake and also has the guest vocals of Danish rising star MØ, who recently featured on Iggy Azalea’s latest single called “Beg for It“.

The Tim Erem directed music video was filmed back in December, in Mumbai (India). It was premiered in full on Monday 23 March 2015.

“Lean On” was written by Charles Flores Jr, Karen Ørsted, Thomas Pentz and William Griachine, was released on digital retailers on 2 March 2014.

Get ready for an Indian-reggae SLAYAGE!