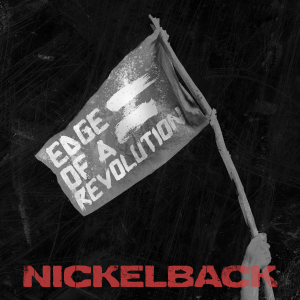 Canadian rock band Nickelback is almost back to the music scene with brand new single entitled “Edge of a Revolution“. During an interview with 99.3 The FOX, the band’s lead vocalist Chad Kroeger confirmed some details of the comeback.

Nickelback plans to release their eighth studio album “No Fixed Address” on November 4, this year via Republic Records. “Edge of a Revolution” is confirmed as the lead single and was released on digital retailers on August 19th. The track was described as a ‘departure’ for Nickelback original sound and it’s more like a political protest song.

Among the collaborators working on the album highlight Joey Moi, who also collaborated on Nickelback’s latest album “Here and Now” (2011) and this time the band’s frequent collaborator Chris Lord-Alge will return to mix some of the tracks on the album.

Republic Records confirmed another single from the band. It’s called “What Are You Waiting For” and it’s scheduled to impact Hot AC on September 22nd.

The music video, directed by Wayne Isham, was premiered on VEVO on September 5th.