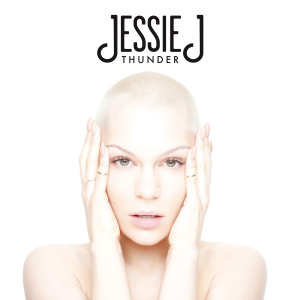 “Thunder” is a song recorded by British singer-songwriter Jessie J. The track is confirmed as the third official single taken from her second studio album “Alive“, released on digital retailers on September 23, 2013 via Lava and Republic Records.

The song was written by herself in collaboration of Claude Kelly, Tor E. Hermansen, Mikkel S. Eriksen and Benjamin Levin serves as the follow-up to her previous Top 5 hits “Wild” and “It’s My Party“. It will be relesed on iTunes (UK) on December 9th. About the song Jessie told to Digital Spy:

“It was the last song we wrote for the album. We just started writing and had it finished in about half an hour before I went to the airport to fly home from New York”

The singer filmed the music video on late-October and it was directed by her usual director Emil Nava. It was premiered on VEVO on November 20.