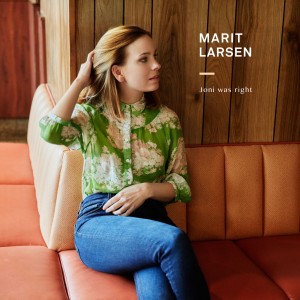 “Joni was right” is an extended play by Norwegian singer and songwriter Marit Larsen. It was released on April 1st via her own imprint Håndbryggrecords.

The five-piece project is her first release as independent artist after after breaking her contract with Warner Bros. Norway and Sony Music in 2015. About this project she said:

Starting this label has been a long time coming. One of the biggest changes in this new life is that I’ll be able to release music how and when I want to, meaning more frequent releases and being able to release my records worldwide simultaneously. Geo blocking simply does not belong on 2016

A music video for the EP’s opening track and lead single “Running Out of Road” was premiered on April 6th. It was directed by André Løyning.

“Morgan, I Might” was released as second promotional single on April 13th along the premiere of its official music video which was also directed by André Løyning.