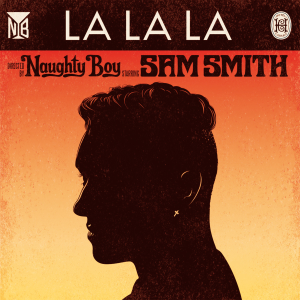 “La La La” is a song recorded by British record producer, singer and songwriter Shahid Khan better known by his stage name as Naughty Boy. The track produced by himself with the collaboration of Komi Al-Hakam is confirmed as the second single taken from his upcoming debut studio album “Hotel Cabana” that’s scheduled for release sometime this year via his own record label Naughty Boy Recordings Limited with the collaboration of Virgin Records.

This new single has the collaboration of London-based singer Sam Smith. The single is scheduled for release on iTunes on April 29. The music video directed by Ian Pons Jewell was premiered on VEVO on April 19.