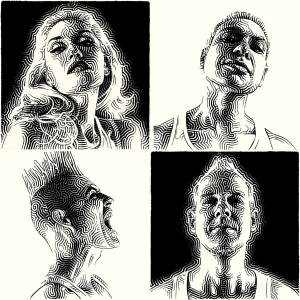 “Push and Shove” is the upcoming sixth studio album by American rock band No Doubt. The new album to be released on September 25, 2012, it is receded by the single “Settle Down” that’s scheduled to release July 16, 2012 through Interscope Records.

The band had originally intended to release the follow-up to their 2001 effort “Rock Steady” before Christmas last year, but revealed in September that they had pushed back its release date so they could “make sure it’s the best album we can possibly make“. The lead single from the album “Settle Down” debuted on July 16, 2012. The music video, which was shot on the week of June 11, 2012, was directed by Sophie Muller, who has previously directed many of No Doubt’s music videos including “Don’t Speak” and “Underneath It All“.