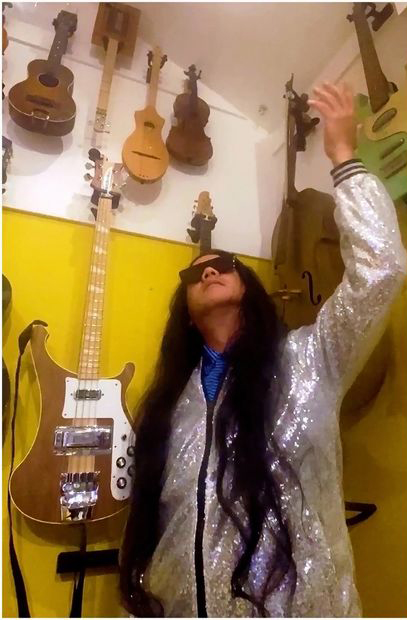 Zpextre is a musician spreading his message of kindness, positivity and hope for the future. He combines psychedelic sounds with post punk attitude to create unforgettable songs that audiences can enjoy. He also emphasises important messages that help audiences connect to him as an artist. The more he develops his unique and interesting sound, the brighter the future looks for this budding star.

Growing up, Zpextre was a part of the only Chinese family in his predominantly white suburban neighborhood. Music became an escape for him and he quickly realized its ability to help him form relationships and communicate with others. He soon found a group of friends and enjoyed spending time with them skating, attending punk gigs, and more. Music became an integral part of his life and he knew that he had a talent for artistry.

Zpextre’s music has been described as Psychrock and Psychpost punk by his fans. He enjoys creating songs about unique ideas. While some songs are more relaxed, he also aims to create music that spreads a message that people can relate to. His song ‘Save It For the Kids’ is a poignant song that draws on themes such as childhood innocence and sends a message of securing a future for the children. The song was created in collaboration with producer Kojak who Zpextre has now formed a close friendship with.

‘Laidback Air’ and ‘Hypnotize’ have also become some of Zpextre’s most well-loved hits. His ability to craft music that people from all around the world can enjoy and relate to has placed him as one of California’s most exciting up and coming artists. He promises that there is plenty more music on the way and is dedicated to refining his sound and connecting with as many people as he possibly can.

Zpextre has a growing fan base that are following his journey and enjoying the positive environment that he is able to create for his community. His music is unlike anyone else’s and has the unique ability to capture nuanced feelings that have an impact on the listener.

Listen to the single on Spotify