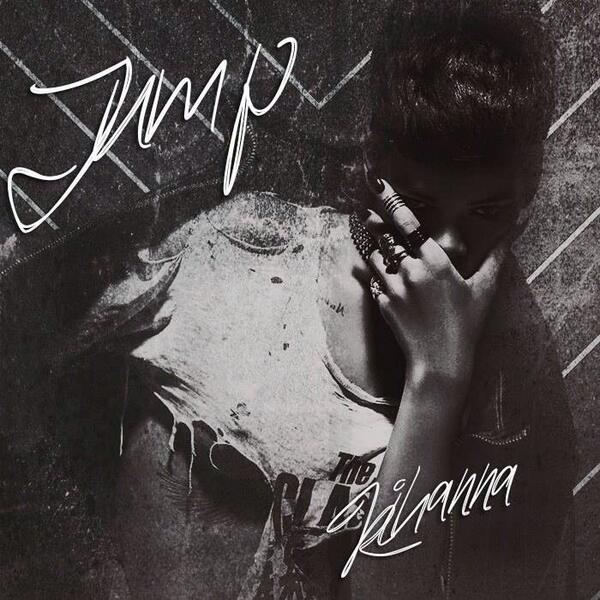 Rihanna continues to prove she can endure several more months without release a new album. ‘Unapologetic‘ is her last album to date, published in late 2012. It has had a fairly regular promotion only with two first hit singles, ‘Diamonds‘ and ‘Stay‘ well promoted.

After the unexpected announcement of ‘What Now‘ as fifth official and sixth overall single from the album, and since Rihanna was recording new songs for her upcoming ‘R8’ album, it seemed that the ‘Unapologetic’ eras was coming to an end. Maybe for the rest of the world, but not in Australia. Australian surfers are always in luck.

The monster-dubstep track ‘Jump‘ has been serviced to Australian media as the next single release from the album following ‘What Now’. It was written by Kevin Cossom, M. B. Williams, StarGate and Chase & Status, with production done by the latter two and Kuk Harrell. It’s a dubstep song which samples the lyrics of ‘Pony‘ (1996), a song performed by Ginuwine.

The song will be a radio single only in that country, but so far hasn’t been confirmed as next single for Europe or the United Estates. That reminds me of ‘Hummingbird Heartbeat‘, final single from ‘Teenage Dream’ era and released after ‘Wide Awake‘, as radio single only in Australia.

Rihanna has confirmed that there will be no video, in a response to a question from a fan on Instagram. Rumor has it that the single would be released to American Urban radio stations on January 29. There’s always a rumor, there is always hype. Anyway, it’s a great song!