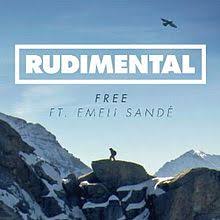 The song has the collaboration of Scottish singer-songwriter Emeli Sandé. This song is the one that closes the standard edition of the album. The official version was premiered on October 21 and its release on iTunes is expected for December.

The music video directed by Stu Thomson was premiered on Youtube on October 24th.