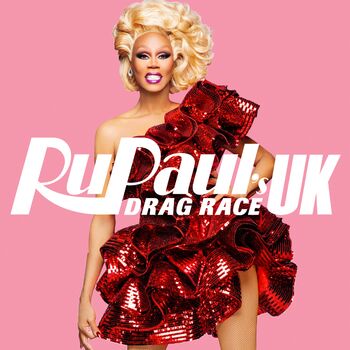 RuPaul‘s Drag Race U.K. has offered drag fans around the world a new reason to fall in love with the art form and this time, the popular reality T.V. show has showcased the talent and looks of British queens. In almost all accounts, the RPDR UK’s first season is an exciting, unique, and fabulous one. However, as everything good always have to come to an end, the show will have its finale episode on Friday.

This season of Drag Race has brought the quality of British drag to the world stage. And of course, queens from around the United Kingdom showed up with charisma, uniqueness, nerve, and talent. It’s undeniable that the U.K. edition of the reality T.V. franchise has served some of the most iconic performances, looks, and drama.

In the last few weeks, ten queens have sashayed in the Werk Room with the hopes of becoming the U.K.’s next drag superstar. Now, only three queens are left. These three queens have successfully outperformed the rest of the cast such as Gothy Kendoll, Scaredy Kat, Vinegar Strokes, Sum Ting Wong, Crystal, Blu Hydrangea, and Cheryl Hole.

The top 3 queens, Divina De Campo, The Vivienne, and Baga Chipz, are expected to battle each other out in the final challenge for the judges, and RuPaul herself, to determine who is deserving to win the first ever season of RPDR U.K.

But before the finale, let’s take a look at the trajectory of the Top 3 queens to refresh your memory of how well they did in the competition.

A reality T.V. veteran, Divina De Campo is one of the most surprising queens this season. She may have started the competition with the wrong foot, but she eventually proved why she deserves to be on top. Many spectators have commented on how lackluster her promo look was and how they were surprised how well Divina performed throughout the competition.

Divina is most memorable during the girl group challenge where she has showcased her singing abilities. No one expected a man, let alone a drag queen, to be able to make whistle tones. But Divina did! Together with her team mates, Baga Chipz and Blue Hydrangea, the Frock Destroyers have literally destroyed the frocks of their competitors in this performance.

Among the Top 3, Divina De Campo is the only queen who has not landed in the bottom two – a good sign that she might snatch the crown like Bianca del Rio and Sasha Velour in the American version of the show.

Baga Chipz is one of the most hilarious queens to have appeared in the show’s history. Being a comedy queen, Baga was able to make Ru laugh almost every time she talks. While she is being chastised for her poor runway looks, this queen has proved that talent can take you in great lengths.

During the snatch game, Baga has delivered one of the most memorable performances for impersonating Margaret Thatcher. Her performance complimented The Vivienne’s portrayal of Donald Trump which gave the judges and the audience a memorable laugh.

However, in the last episode, Baga came under fire after it appeared that she has blamed her poor performance on the make-over challenge to her mother. She placed in the bottom during that episode together with fan-favorite Cheryl Hole who she demolished with her top-notch lip-syncing skills to Tears Dry on their Own by Amy Whinehouse.

As the crowned ambassador of RuPaul’s Drag Race in the U.K., The Vivienne started strong and it seems like she has a huge advantage over her sisters in the show. However, the queen proved throughout the competition that she is consistent with her performance and looks.

The Vivienne is probably one of the queens that have the most consistent runway looks throughout the entire season. Her drag is very polished and it has rewarded her with the best track record among all the girls. She made her mark in the Drag Race herstory after her on-point impersonation of Donald Trump in the snatch game. She and Baga, who are best friends in the show shared the win for that episode.

Similar to Baga Chipz, The Vivienne placed in the bottom during the girl group challenge. She was able to survive the lip sync against Crystal in a memorable performance of Little Mix’s Power.

On tomorrow’s episode, Ru will finally reveal who will be crowned as Britain’s next drag superstar. The show is available on BBC Three section of BBC iPlayer and World of Wonder’s WOW Presents Plus.