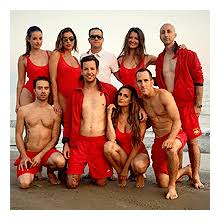 Canadian pop-rock band Simple Plan continues sharing some new music to delight all their fans. The guys have premiered another new track called “I Don’t Wanna Go to Bed“.

This time the band teams up with American hip-hop recording artist Nelly to release this new and fresh single, another taste of Simple Plan’s fifth studio album due out sometime this year via Atlantic Recording.

The single is without doubt, the band’s something-more-pop-funky-flavoured release ever. It seems a Maroon 5 track but this is good, I guess.

The Baywatch-themed music video was premiered on October 15th, while this new single will be released on digital retailers on October 16th.