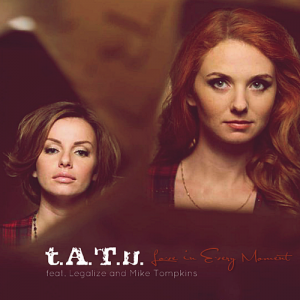 Really bad, sad news. The world is not ready for this. Lena Katina and Julia Volkova, the enfants terribles of Russian music industry t.A.T.u. just announced that the new project is canceled. After their surprise appearance at the opening show of the 2014 Olympic Winter Games in Sochi playing one of their greatest hits ‘Not Gonna Get Us‘, in its original version in Russian. Half of world fans teleported to 2001 and returned to revive the global passion for at the time, the fake lesbians.

The world wants them back and label fulfilled, but once again due to pressure from Yulia against Lena, they have split again. On February 11, the girls announced on their Facebook page that they finally reunited and would be performing their new single for the first time on ‘Big Love Show’ on Valentine’s Day in Moscow’s biggest concert palace – Olimpiskiy. The song co-written by Legalize and Mike Tompkins called ‘Любовь в каждом мгновении‘ (English: ‘Love In Every Moment‘) was confirmed as the lead single taken from their highly-anticipated fourth studio album, rumored to be called ‘The Re-Invention‘, was scheduled for release this Summer, but is not known the album will be finally available for sale.

For now, everything is canceled, after the announcement has been issued through their Facebook.

All the collaborations between Julia and Lena were terminated because of pressure of Julia and her team on Lena… Aside from many crude and hurtful statements made about me, Julia gave me an ultimatum: she declined to participate with me in t.A.T.u. if I do not comply with her and her team in all aspects regarding the creative direction of t.A.T.u.

The single was co-written by Mike Tompkins and it has the guest vocals of Russian rapper Legalize. The single was released on iTunes (Russia) on April 7, 2014.