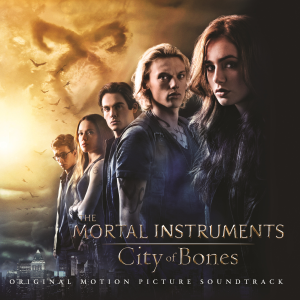 “The Mortal Instruments: City of Bones” is an upcoming action adventure fantasy film based on the first book of The Mortal Instruments series by Cassandra Clare. The film directed by Harald Zwart and it stars Lily Collins, Jamie Campbell Bower, Kevin Zegers and Jemima West; is set to be released in theaters on August 21, 2013. The official soundtrack has songs from Demi Lovato, Zedd, Jessie J, Colbie Callait, He Is We, Owl City, Youngblood Hawke… and will be released on August 20th under Universal Republic Records.

The track “When the Darkness Comes” was released a promotional countdown single on iTunes on July 10. The music video for the track “Almost Is Never Enough” performed by Ariana Grande and Nathan Sykes of The Wanted was premiered on VEVO on 19 August.