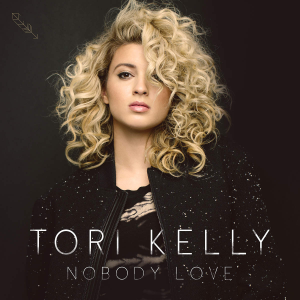 American singer-songwriter Tori Kelly is ready to start promoting her highly-anticipated debut studio album, scheduled to be released this spring via Capitol Records.

The lead single is the promising pop anthem “Nobody Love“, co-written by Kelly with the collaboration of Rickard Goransson and Max Martin. About working with Max Martin, she said:

When I went in to work with Max, the first thing he said was, ‘I want to make the song that you want.’ He wasn’t trying to force-feed me anything. It was very collaborative. He asked me what I thought about every single decision. That’s why so many artists like working with him, because he really pulls out your style and polishes it up and makes it easy for people to digest

Martin also serves as executive producer on her upcoming full-length debut. The new single is described as “breath of fresh air to sing“. Shes said:

The song is about how everyone is always on the run, looking for that next thing. We’re always trying to find something better. For me, the song is saying to someone that we have something that’s not going anywhere and it’s nice not to have to go running around looking for that love. Some people might not pick up on that, but when I perform the song, I channel those types of feelings

The song is a perfect bop from start to finish using the essence of 90s pop music mixed with R&B vibes. It’s like a remake of “Problem” by Ariana Grande, sung with a similar style to “These Words” by Natasha Bedingfield.

“Nobody Love” was released on digital retailers on 9 February 2015. The music video directed by Ryan Palotta was exclusively premiered on Elle.com through Vevo on 26 February.