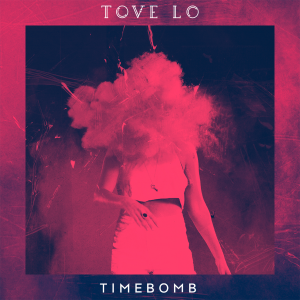 While her latest single “Talking Body“ is still climbing the charts, the singer filmed the new music video completely naked in the beach in Los Angeles in early-March. It was directed by Emil Nava.

According Mirror, Tove Lo’s next single is the explosive pop anthem “Timebomb” (Kylie and her impact). The track was co-written by Tove Lo with Klas Åhlund and Alexander Kronlund.

The lyric video directed by Bror Bror was premiered through Vevo on June 17th. The proper music video was premiered on Monday June 22nd.