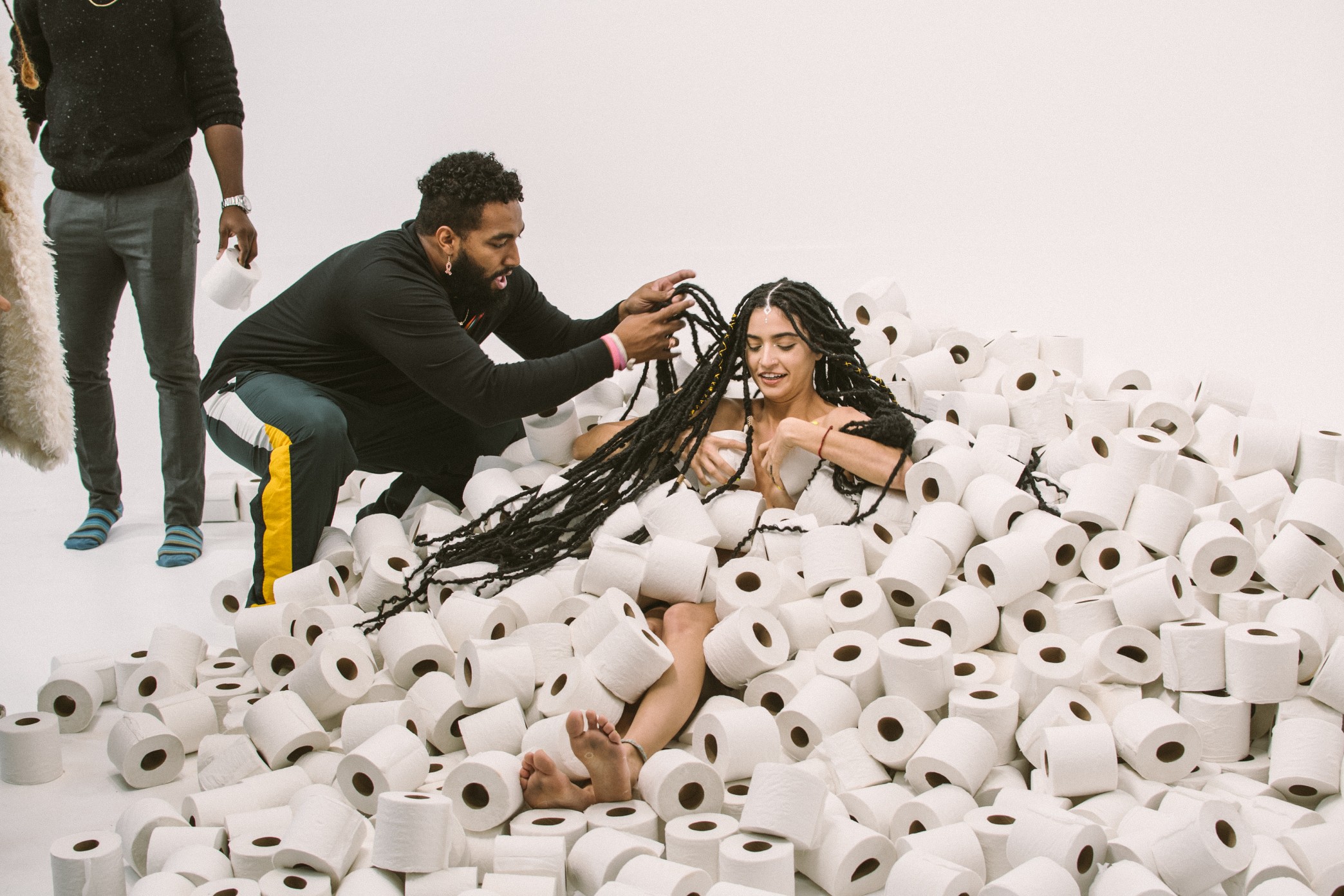 Confused? We were when we first saw the visual for “New Renaissance” the debut single of LA-based artist Ladi Anne. Originally from Sao Paulo, Brazil, Ladi Anne flew across the country to New York to shoot the hypnotic music video.

The truly unconventional artist opens the video by singing naked in front of a tower of 1460 toilet paper rolls, an image that she envisioned while sitting on the couch. The fact that something so obscure yet strangely brilliant could occur to her while she’s just sitting around makes you wonder where else the mind of Ladi Anne wanders off to.

Despite the strangeness of Ladi Anne’s concept, it seems director Steve Muelz was more than happy to oblige her, and the original plan was to use close to 3000 rolls of toilet paper (however this order was flagged as suspiciously large by the store). 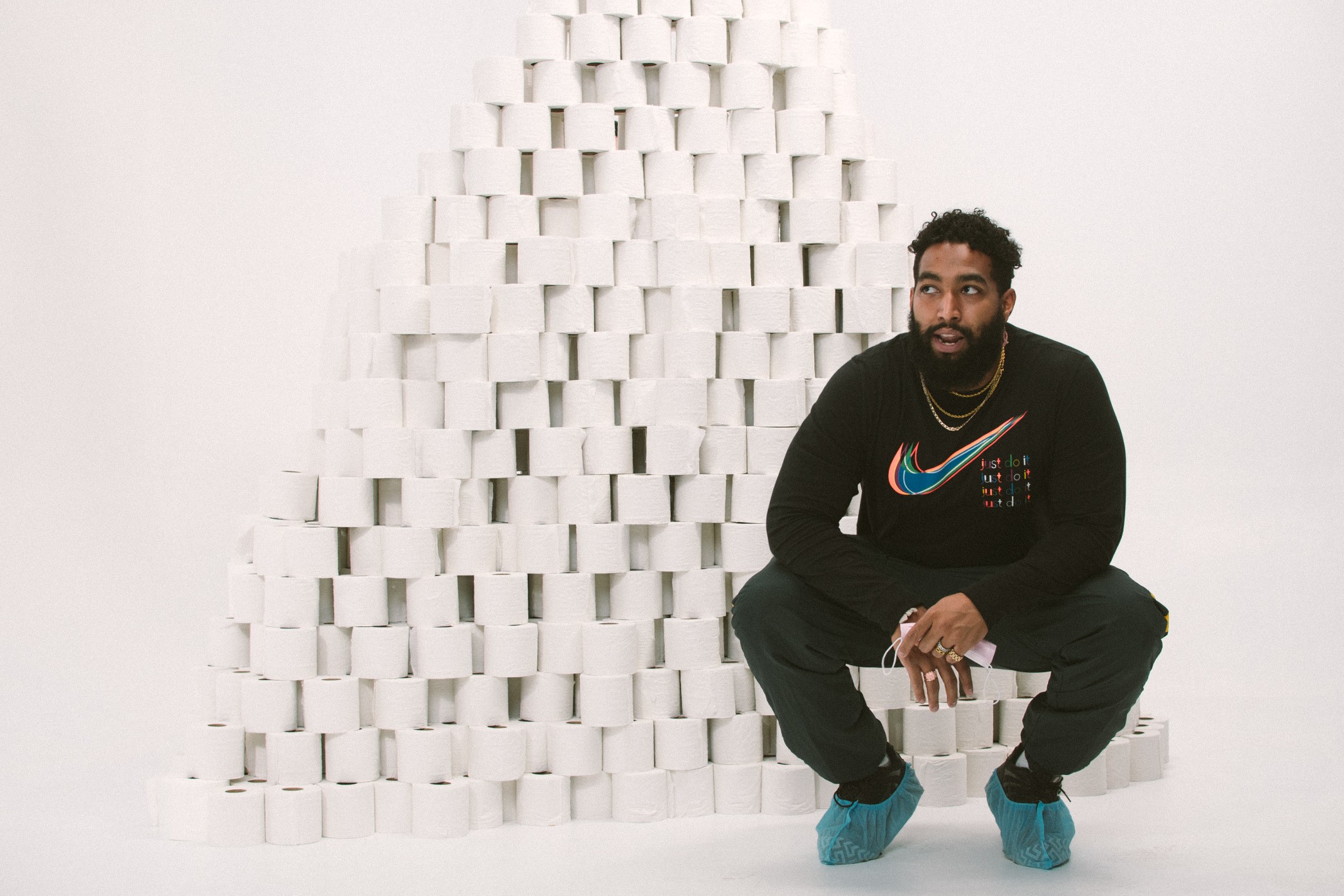 However, Steve was probably glad to be limited to 1460 rolls, since he was forced to store all of them in his bedroom for a week before the shoot began, which you can see pictured below.

Ironically, this image looks like someone hoarding toilet paper rolls for the pandemic, which was undoubtedly what Ladi Anne is commenting on with the video for New Renaissance.

It seems that having a gigantic tower of toilet paper rolls wasn’t weird enough for Ladi Anne, as she’s pictured licking (or perhaps trying to eat) some of the rolls in the video. She also dives into and destroys the aforementioned tower, which we have to admit looks pretty fun.

When the shoot began, more than 50 people came together to make Ladi Anne’s vision a reality. The production quality is undoubtedly top-notch, and the video really comes together in post with all of the atmospheric touches added in.

Both the video and Ladi Anne’s performance style are unconventional but anchored around raw talent and the courage to do things differently. We can’t wait to see what the artist cooks up next.

Check out the song for “New Renaissance” here

What are DJ Wiese’s top 5 singles? Here’s our list
Sean Borg takes his faithful companions Eli and Olive on a New Year’s Day stroll in the Snow