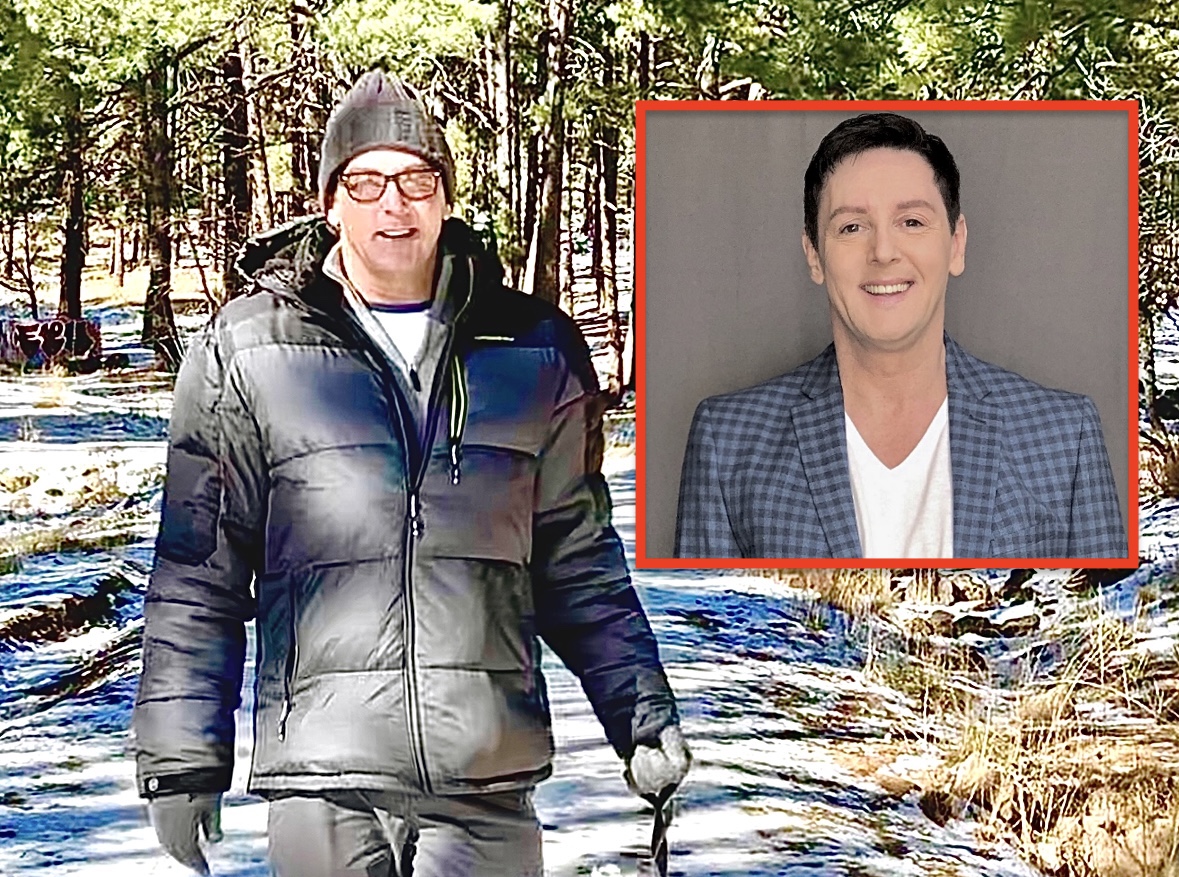 Sean Borg spotted out walking with his beloved Japanese Chin's Eli and Olive on a New Year's Day stroll.

Sean Borg appeared to have a relaxing New Year’s day hanging with his Japanese Chin dogs Eli and Olive, in Arizona. 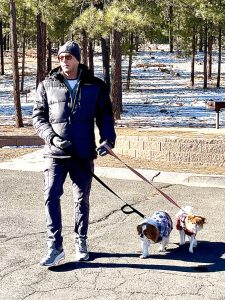 Sean with his faithful companions, Eli and Olive.

The British entertainment personality cut a casual figure on the Snowy hike at Thorpe Park, in the heart of Flagstaff. According to news source Best in AU, the former ‘TMZ on TV’  star had rented a house for Christmas and New Year to stay out of California, where Coronavirus cases have been soaring.

Flagstaff’s cold temperatures are a far cry from his usual surroundings, such as Palm Springs and LA – where Borg, 53, splits his time. However, the Trivago guy managed to stay warm beneath his stylish gray “puffa” jacket by Hawke & CO as he ventured out on his winter walk. 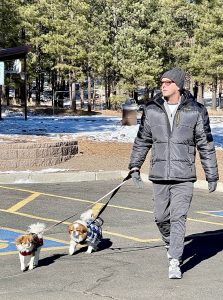 According to an Instagram post on New Years Day, even his dogs joined in on the winter’s fashion parade, wearing stylish woolen Tartan print winter capes as they experienced their first Snow ever. Sean wrote, “Eli and Olive Chin, enjoying their first experience of Snow.”

Sean also expressed that he was “looking forward to this one,” presumably referring to 2021.

“I’m a good salesperson; I think I would like to try my luck at QVC, or something like that,” Sean said.

2020 was a year Borg had to put many of his television projects on hold; this included a new Trivago advertisement he was due to shoot earlier last year. 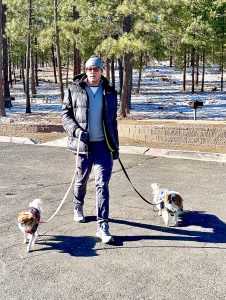 Borg is now determined to make 2021 a prosperous year with his sights set on the home shopping television channels.

In a recent interview, he told  Clout News, “I’m a good salesperson; I think I would like to try my luck at QVC, or something like that.”