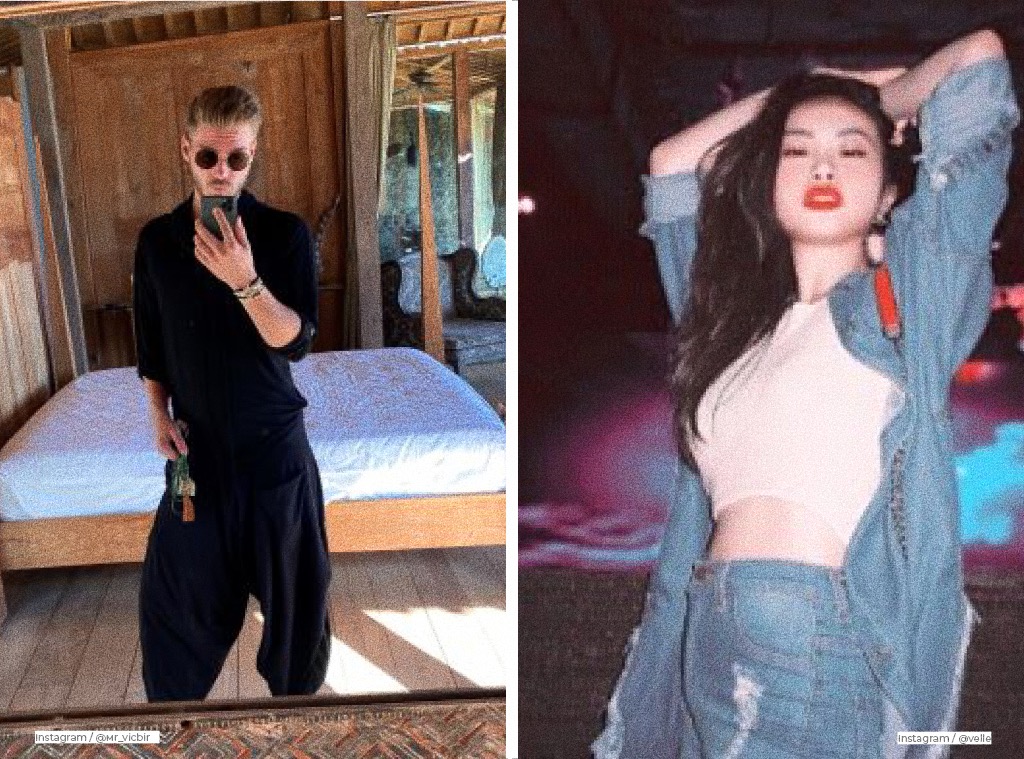 The Singaporean actress and model is known not to share too much about her love life on her social media accounts. It is one of the reasons fans are always waiting anxiously to know who Victoria Loke is dating. A picture has been circulating online in which an Asian women and a caucasian seeming guy are seen pretty close together. It was later stated by unofficial news sources that it was in fact, Victoria Loke. Many guesses have been made about the identity of the handsome young guy but we may have just discovered his identity.

According to our private sources, the lucky guy is Estonian-born financier Victor B, who we found online under the name Mr_vicbir. Victor is currently living in the Russian Capital. His full name is not being disclosed at the moment due to privacy concerns. It is important because unlike Victoria, he is not from showbiz or the world of entertainment. Even though many were speculating that he was a celebrity, based on his looks and how the picture of them together looked straight out of a romantic movie scene.

Now let us try and describe the picture, which can not be posted here due to copy right issues, but we’v got you covered search for ” Victor and Victoria Loke” to see for yourself, as it’s a very rare picture of Loke as she is seen warmly close to the person in question. Although this isn’t any science website and we are not body language experts, there is clear some chemistry between the two that no one could miss seeing. Even though they are not sharing some sort of intimate moment, it is pretty evident that cupid has done his job.

This picture was not posted online by either Loke or Mr.vic. Instead, it was originally posted to a subreddit about the 29-year actress.

Fans were quick to interpret an Instagram post caption by Victoria which previously seemed to be aimed at no one in particular. It said, “I want to meet you in every place I have loved”, next to pages from the books “War of the Foxes” by Richard Siken, “This Is How You Lose the Time War” by Amal El-Mohtar & Max Gladstone,  and “Rilke in Paris” by Maurice Betz & Rainer Maria Rilke.

The post was just a dedication of some beautiful words from timeless books which could not have been sent without a romantic interest in mind. Looks like Victoria has a bucket list of places she wants to visit with Mr. B. Judging by Instagram profiles both Victoria and Victor are habitual of living on the road, and traveling all over the world due to their professional and personal affairs. Loke has to travel to the west for different acting and humanitarian projects. Victor has a dynamic career and adventurous personality that results in him hoping from country to country.

One may ask why the actress who played Fiona Wong in the 2018 movie “Crazy Rich Asians” hasn’t announced anything about it herself. The answer can be traced back to her childhood. She had always been a very shy and introverted child from the start. She even had to take drama and speech classes as a kid to overcome this trait. Victor seems to respect it too by staying silent on social media. We are still waiting for our sources to bring in more information about Victor and in particular his personal and professional life. Till then, we wish the cute couple all the best.