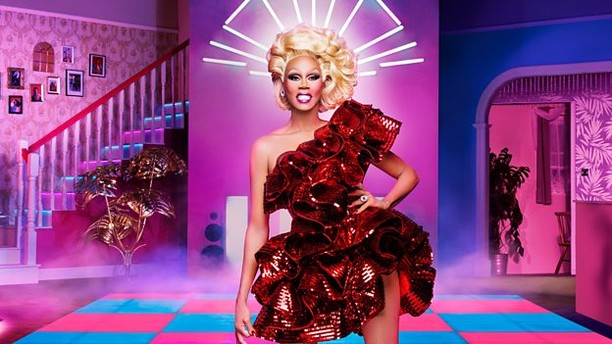 RuPaul makes history as the first drag queen to be inducted to the California Hall of Fame for his contribution in the drag culture. Photo: @dragraceukbbc | Instagram

RuPaul Andre Charles, or otherwise known as RuPaul, becomes the first drag queen to be inducted in the California Hall of Fame, making another history and a milestone for the LGBT community.

The state of California hailed the Emmy Award-winning reality TV host as “the most commercially successful drag queen” ever and has been recognized as one of the “legendary people who embody California’s innovative spirit and have made their mark on history.”

The drag queen has become instrumental in the mainstreamization of the drag culture as the brainchild of the popular reality TV show, RuPaul’s Drag Race. The show is a competition to determine the best drag queens in the industry and has since been opening the world’s consciousness regarding drag and its history. It has also catapulted the careers of more than 150 queens both in the United States and recently from the United Kingdom.

Jennifer Sibel Newsom, First Partner, said there is “perhaps not one person that has done more to dismantle the limiting ‘man box’ we put our boys and men into,” which she attributed to RuPaul’s contribution in the television, music, and entertainment industry.

“California has this incredible spirit to it, of frontiersmen, of trailblazers – people who aren’t afraid to take on a challenge,” RuPaul said in a statement. “And I am so proud to be a part of that legacy, and to take that ingenuity and spirit with me.”

Spoken like a real royalty, RuPaul continued by saying that she will not stop to “carry that torch” wherever she goes. Since RPDR premiered back in 2009, the fandom has grown across 11 regular seasons and four All-Stars seasons. The impact of RuPaul’s work in the drag community has vibrated even in the United Kingdom, where the spin-off season of RuPaul’s Drag Race in the UK aired this year.

⭐️ MAKING HERSTORY! ⭐️ Condragulations are in order for mama @rupaulofficial, who snatched up her FOURTH consecutive Emmy for Outstanding Host for a Reality or Competition Program 🥳 She is now tied with Jeff Probst for most wins in this category 🌈✨💕 (📷: Getty Images) #DragRace #Emmys

For his work on the series, RuPaul has won the Primetime Emmy Award for Outstanding Host four times. The show has also taken home the award, Outstanding Reality Show Program/Outstanding Competition Program for the past two years.

Ever since her career took off in the 90s, RuPaul remains to become the most popular drag queen in the world. Her influence is massive (as evidenced by the popularity of her TV show) and being inducted to the Hall of Fame adds to the list of awards and recognitions that she truly deserves.

Niall Horan performs in SNL; announces complete list of his 2020 tour schedule
Mariah Carey’s ‘All I Want for Christmas is You’ finally topped the charts