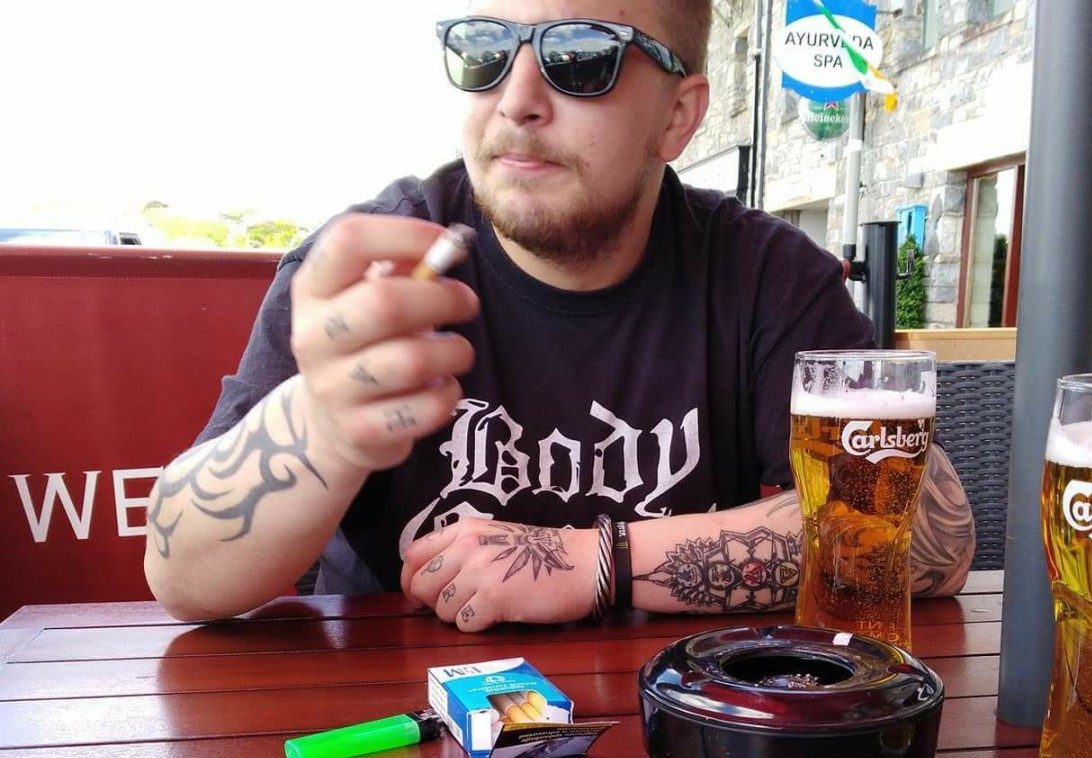 The point-and-click adventure genre is one that many gamers will have fond memories of, and the team at Knife and Steel Studio is seeking to create a fresh entry to the genre with their new game called The Sect. The Sect Kickstarter is raising money to fund the production of the game, which is a dark and intriguing crime mystery asking players to investigate a string of ritual murders.

The Sect’s Creative Director Adam Valenta was kind enough to answer a few questions about the game.

Hi Adam, what started you on your journey to becoming a game developer?

Hi there. I’ve had a huge passion for or video games since I was a kid. Unlike most of the other kids at the time, I always thought that games were a form of art as much as they are a form of entertainment.

Like any other person, I made a couple of mistakes during my youth. This caused me to stay in a job I didn’t like, and not enjoy my lifestyle. Eventually, I realized, that I wanted to achieve something. I wanted to be something more than just a number in the paperwork of some factory.

And that´s pretty much it. I know I am creative, and I know I have leadership ability. I know that I don´t want to die as a butcher with 50 years of experience.

While I am still a full-time butcher, thanks to some online courses (and the support of family and friends), I have been able to learn games development and start Knife and Steel Studio.

What inspired the story of The Sect?

There was plenty of influences in the beginning, games like Nibiru: Age of Secrets, Post Mortem, Still Life etc. All those old-school, dark and gloomy, but not necessarily horror games in this genre.

But biggest inspiration was a Czech series, (I am Czech by the way, but I’ve lived in Ireland for quite some time) called Labyrinth. It has a very well-written story, great actors, great director. It was great, a little complicated, but very enjoyable.

Also, that whole story was believable, which was something that I was focused on when I was writing The Sect. Many of my friends who don’t really play video games said, “if that Kickstarter fails, you should write a book”.

Are the game’s mechanics and structure inspired by any other point-and-click adventure titles?

Yes but it’s kind of hard to explain, as the point-and-click adventure genre is basically based on combining items and talking to NPC´s. I am not saying that all P&C adventure games are exactly the same, but these aspects are essential in the genre. So, the most accurate answer would be all of them!

How many others make up the development team for The Sect?

There is two of us working together. My colleague has a similar background to myself when it comes to game development.

Then there is Daniel Teodoro, who was hired to compose music for the trailer, and he did a fantastic job with it. If we can reach our funding goal, I would absolutely love for him to produce music for the whole game.

If there is something that we can´t do internally, we need to hire someone. However, that was something we were prepared for with the development of The Sect.

What does Knife and Steel Studio hope to do differently with The Sect to revitalize the point-and-click adventure genre?

Perfect question, thank you for that. Well, lately, there have been many point-and-click adventure games that, because of a lack of free time, I was not able to try myself, which is a pity.

We want to deliver a great story that makes people think, and we want to serve it in a variety of ways. This includes multiple endings, side-quests that will give the player some advantage (such as extra information), items which can be helpful later on, and more insight into how to solve a particular problem etc.

Other than raising funds, what are some of the challenges in developing a game like The Sect?

The biggest challenge is not going crazy, which I almost ended up doing a couple months ago. No, seriously, this information can be really helpful for anyone who wants to accomplish something big.

A human being is not a machine, you cannot work for 20 hours every day (by that I mean, 12 hours of a regular job, then write and try to do some marketing for 8 more). Believe me, I tried that and almost got fired from my job!

Focus on time management, work, work on your things, spend time with people you love, have a beer, watch football – don’t forget to relax! Taking a break and stepping back is important. Otherwise, you’ll end up too stressed to focus on anything except the negatives.

What are some of the rewards you offer your backers on Kickstarter?

As we wanted to maximize support for the Kickstarter, we are offering a fair few rewards for backers.

We have some really nice stickers and t-shirts (I ordered a few, and they ended up simply epic). We offer an invitation to our discord, where we can discuss the game’s development.

We also offer to model an actual game character based on a backer, immortalizing them as part of the game. Our top backers get something extra special – not just a character, but a whole questline based around them in the game.

Other than a copy of the game itself, and the soundtrack, backers can get their name in the credits, or even have their name appear during gameplay.

Thank you very much for the interview!

Thank you Adam for sharing your thoughts with us!

Are you curious to know more about The Sect; emotional story driven point and click adventure game? If yes, visit www.kickstarter.com