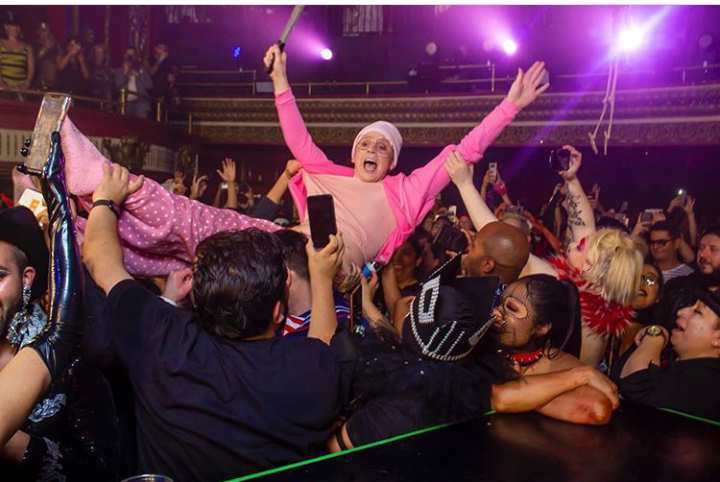 A Trixie Mattel has been slammed (literally) as part of retaliation by a group of disabled drag performers to the skinny legends Halloween performance where she danced and pranced on stage on a wheel cheer. As a response, queer and drag performer, who is also a disabled queen staged a protest performer against Trixie Matell’s performance where she and her team slammed a piñata with a wheelchair and eventually gutting the bottom of it with a knife revealing candies with Instagram handles of many disabled queer performers, drag artists, and burlesque dancers.

Where did the issue come from?

The drama happened after Trixie Matell staged a performance impersonating Gypsy Rose Blanchard. Gypsy is one of the worst documented victims of Munchausen syndrome by proxy, after, for all her life, her mother, Dee Dee Blanchard, pretended that Gypsy has several illnesses that prompted doctors and medical professionals to perform unnecessary surgeries and procedures on her. The extent of damage to her body left Gypsy in a very frail state and is stationed in a wheelchair until she and her online boyfriend plotted to murder her mother.

Back in October, Trixie performed in the stage in a wheelchair in an attempt to impersonate Gypsy. Many have called her out on her performance, including Trans Fat. The latter queen told Trixie that her performance is essentially mocking people of several disabilities in the audience, especially that the place is not even accessible to those who are disabled. She highlighted the struggles that queens with a disability like her faces every day, pointing out that their disability (including mobility apparatuses like a wheelchair) is not a costume.

Trixie did not apologize

Amidst the backlash, Trixie remained silent and has never apologized to the PWD community for her performance.

The cold and silent treatment from RPDR All-Star 3 winner prompted Trans Fat and other queer artists with disability to stage a protest performance against her. The performance was first posted in Youtbuer’s Jakeyonce’s channel as well as his Twitter account.

“A disabled drag performer by the name of “Trans Fat” just did a performance (in response to @trixiemattel’s gypsy rose performance) beating up a piñata of Trixie Mattel with their walker🍵👀,” Jakeyonce posted on Twitter.

What do you think? Your responses may be included in a video.

The post garnered mixed responses from his followers. Many have said that Trans Fat’s performance is justified as people with disabilities are so tired of explaining themselves to the abled community and that it sends a message to Trixie Matell that what she’s done is not okay.

“The response is as edgy as Trixie’s original performance tbh 🤷‍♀️ surely the LGBT community should know by now that if you punch down at a marginalized group, they’re gonna bite back,” one Twitter user commented. “& yes gypsy wasn’t disabled (she was prob the worst documented victim of Munchausen’s by proxy though so I guess abuse victims are fair game????) But using a wheelchair as a prop at a club that isn’t even disability accessible is a slap in the face to the disabled LGBT community.”

The Pussycat Dolls are reuniting to perform at X-Factor: Celebrity finals
Cyndi Lauper to receive an award from the UN for her works in ending LGBTQ+ youth homelessness