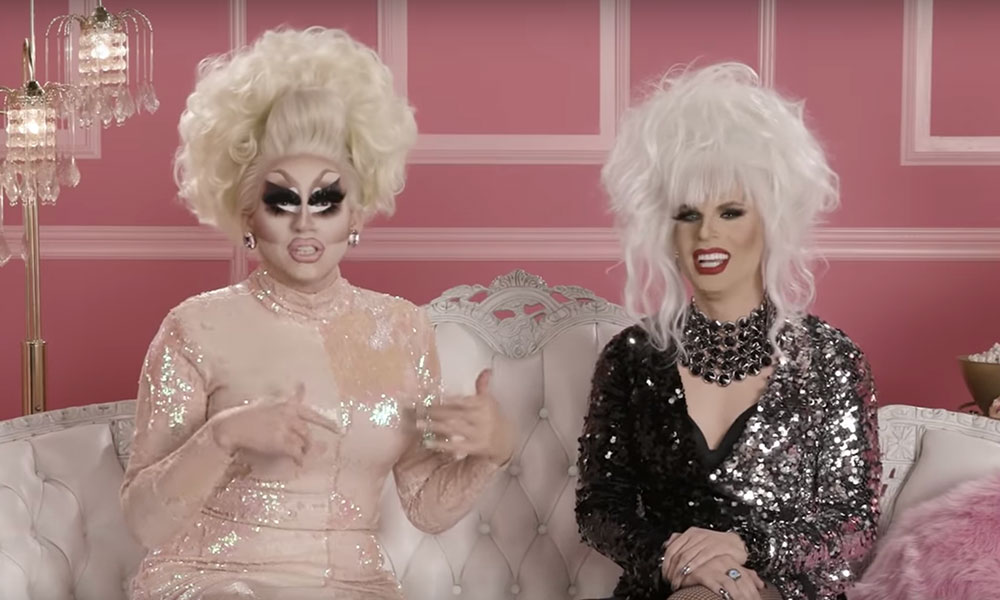 Just when everyone thought they had too much Trixie and Katya in life, Netflix said, “it’s not enough.” The skinny legend, Trixie Mattel and the should-have-been-the-winner of RPDR All Stars 2, Katya Zamolodchikova, are now in bed with popular video streaming platform, Netflix, in a new Gogglebox-style, socially relevant series, I Like To Watch.

The show, which is exclusive in Netflix’s official YouTube channel, features two of the most charismatic and funny alumni of the hit reality TV show, Rupaul’s Drag Race — Trixie and Katya.

In each episode of the new Netflix-ish (it’s in YouTube) show, the comedy duo will watch and react to different Netflix shows and originals starting with The Crown (Season 3) on its first episode.

In a Trixie Mattel-fashion, the drag superstar opened the first episode with a psychopathic introduction. “The Crown is an incredible show where we’re changing lives by bringing correctional dentistry to rural areas,” Trixie said.

The comedy powerhouse then talked about a roller coaster of topics. From the Queen spreading her butter-like Trixie applying her foundation, to Arron Carter’s face, to several rounds of dark, disgusting, and outrageous humor from the two — all while reacting to the different scenes in the third season of The Crown.

The 12-minute show is filled with laughter and disgustingly funny banter from the two “businesswomen.” It ended with an analysis of what to expect from the show, what they liked about it, and what are their takeaways. There may have been some spoilers as it is a review show, so if you have not watched the show they are reviewing, it is highly advisable not to dive into the review just yet.

As expected from the two, the first episode was a success, with 282,000 views and 21,000 thumbs up as of writing. Judging on the more than 1,200 comments on the premiere episode, it appears like the pilot is a huge success.

“Have I watched a single episode of The Crown? No. Am I watching this because of Trixie and Katya? Yes,” said one commenter on YouTube.

“Pink one so terrifies me with her level of skinny,” one fan wrote. “We have to stan these biological women of class.”

After being co-contestants in the seventh season of the popular Rupaul’s Drag Race and successfully coming back in the All-Stars edition of the show — where Trixie eventually won the third season and Katya was infamous for being robbed in the second season — the partners have become two of the most successful queens from the reality TV show.

They have become a staple name in the drag scene and have a successful YouTube show entitled Unhhh, which was eventually picked up by Viceland for a spin-off show, The Trixie and Katya Show.