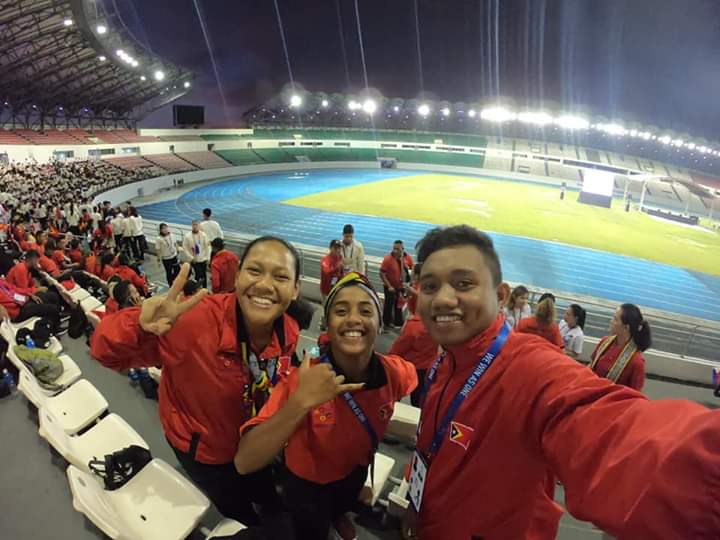 As teams from different nations in the Southeast Asia region are continuing to bagging golds and silvers, and bronzes in the 2019 Southeast Asian Games (SEA Games), one country is still struggling to win. The baby country, Timor Leste (East Timor), has not one single medal as the games move on day by day.

However, in the true spirit of sportsmanship and camaraderie, Filipino citizens have been cheering for East Timor on social media to encourage the entire delegation and to bring them hope of winning some medals for their country’s honor.

It all started when a netizen shared one of East Timor’s athlete posts and encouraging other Filipino sports fans to cheer and motivate the athletes from the baby country. The Philippines is the current front runner of the entire competition, bagging more than twice the number of medals than its distant second, Vietnam.

A certain Avriel Anne Pediongco showed her support by sharing the post of one Timor Leste athlete named David Espirito Santo Morais on Facebook on December 3. The post features the athlete along with other contingents from East Timor during the opening ceremonies of this year’s SEA Games.

“Philippines, let us all support our beloved brothers and sisters from Timor-Leste by encouraging them to train here in the country with our highly motivated athletes even after the #30thSEAGames,” Pediongco wrote in her post sharing Morais’ post.

“Let us cheer for Timor Leste! (East Timor flag emoji) You can do it with our brothers and sisters in East Timor (fist emoji). We want you to go home with a smile and something to celebrate. Win at least any of that gold or silver or bronze (heart emoji),” she added.

Other posts supporting the athletes from East Timor have also been made by other Filipino netizens. Ves Garcia expressed her support for the Timor Leste team on Twitter.

“[Philippines] lead in the SEA Games really made us proud,” she said, “but we will be happier if Timor-Leste would also win medals to bring with them as the SEAG ends.”

PH lead in the SEA Games really made us proud, but we will be happier if Timor-Leste would also win medals to bring with them as the SEAG ends. 🥺

It's not just about the competition. It's about compassion. Let us cheer for Timor-Leste!🥰 #SEAGames2019#WeWinAsOne

Garcia added that the games are “not just about the competition,” but are also “about compassion.”

Other netizens applauded the sportsmanship and camaraderie shown by Filipino sports fans as they support East Timor in its bid to win medals in this year’s sporting event. This only proves that Filipinos are not only hospitable and joyful people, but are also kinds and compassionate towards their competitors.