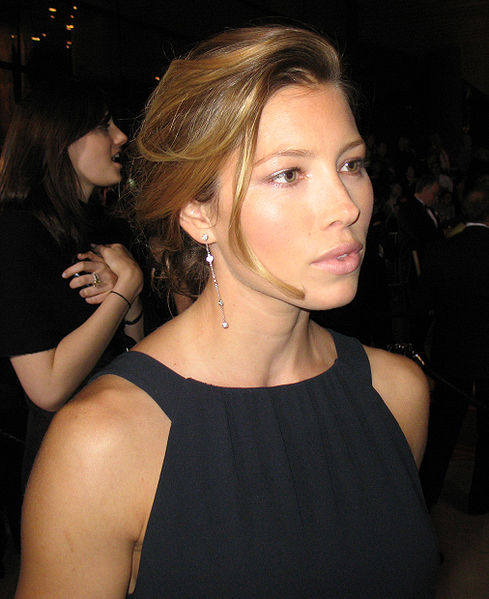 Jessica Biel has successfully roasted the outlandish 90’s fashion sense of her husband Justin Timberlake with her 2019 Halloween costume. She sported a metallic jumpsuit, blue shades, a diamond chain and white sneakers while Justin simply dressed up as a microphone.

Biel was undoubtedly referencing Justin’s ensemble at the 1999 American Music Awards, which some could say is a perfect storm of 90’s nostalgia right before the turn of the century. Some even call it the ‘last hurrah’ of the signature 90’s fashion sense in which a lot of glitter, gel and hip-hop inspired the look of the day.

She even went so far as to rock a short blonde afro that mimics Justin’s hair 20 years ago. However, Biel wasn’t alone – with 4 others dressing as NSYNC members to round-out the prank. The irony of all this is that Biel famously dismissed her husband’s boy band in a 1999 clip where she said “I’m not a huge fan. But, cool, I guess.”

This clip was played recently to Biel by Jimmy Fallon in a late-night TV interview in order to get a comedic reaction considering she was now married to Justin. She said that despite feeling a little embarrassed by the comments, she still was not familiar with NSYNC’s music, even though she is happily married to the groups’ most iconic and independently successful member.

Jessica is certainly not afraid to publicly roast her husband and call-out his 90’s fashion sense.