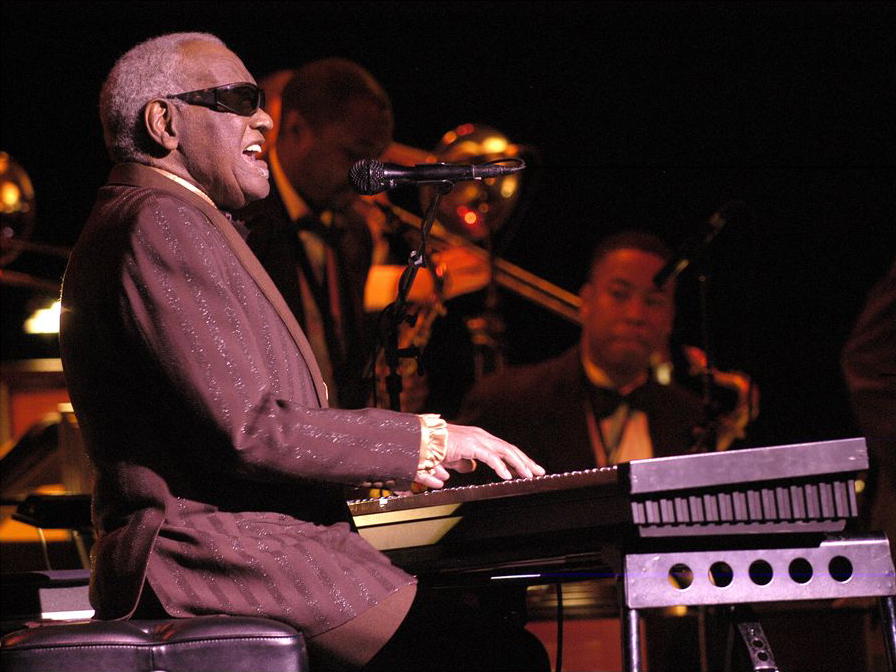 Ray Charles was truly a legendary pianist, composer, and singer. Even though glaucoma took away his eyesight at 6 years old, Charles managed to defy the odds against him and become the leading pioneer of soul music. He’s made memorable contributions to several music genres, such as gospel, rhythm and blues, blues, and country. Some of his biggest influences growing up were Nat King Cole, Charles Brown, and Louis Jordan.

Charles often sang about real issues in a heartfelt and proud sort of way. When you hear his words, you can easily tell that the passion behind his voice comes from his own personal experiences with poverty, relationships and other life issues. Anyone who can relate to these issues will certainly shed a tear as they listen to his music.

What is your favorite Ray Charles song? Below are 5 great songs by Ray Charles that we recommend to everyone.

We all know this song. “Hit the Road Jack” has been added to the soundtracks of countless movies over the years. The premise of the song revolves around women who kick men out of their lives because their relationships go sour.

Interestingly enough, Charles wasn’t the only one providing vocals for this song. A vocalist named Margie Hendrix of the girl group “The Raelettes” sang many of its lyrics too. Together, Charles and Hendrix recorded a song that would rank number one on the Billboard Hot 100 for 2 weeks straight.

Charles grew up a poor blind African-American kid from the south. There was nothing easy about that in the United States, especially during the 1930s and 1940s when he was growing up. The song entitled “Busted” touches upon the struggles of having to survive when you’re poor and broke. Although Charles didn’t write this song, you can hear the passion and pain in his voice as he sings the lyrics. The words truly hit home with him.

In 1953, according to bestinau Charles got a recording contract with Atlantic Records to record his very first song. The song’s name was “Mess Around.” This is more of a fun and upbeat song that is part of the classic boogie-woogie music genre. People often dance with each other when they hear this song. After all, the lyrics encourage people to “Mess Around.” After this single landed strongly on the R&B charts, it paved the path for Charles to succeed.

In 1955, Charles recorded his first song that ranked number one on the music charts. The song was entitled “I Got a Woman.” Charles and another band member, Renald Richard, wrote the song together. The lyrics are pretty straightforward because they involve a man expressing his love for a woman that is special to him. Rolling Stones magazine put Charles’ version of “I Got a Woman” on their “500 Greatest Songs of All Time” list at rank number 239.

5) Georgia on My Mind

The song “Georgia on My Mind” was actually written by Stuart Gorrell and Hoagy Carmichael way back in 1930. It would take another 30 years before a young blind singer named Ray Charles would record his own rendition of it. The song pays tribute to the state of Georgia, which happens to be the state where Charles was born. Charles’ version of “Georgia on My Mind” was declared the official state song of Georgia in 1979. What can earn better praise than that?

How could a blind man achieve so much? A lot of people say his passion for music and life helped guide him on his dark, but joyful journey. He lived to be 73 years old before he died on June 10th, 2004 in Beverly Hills, California. Some of his brief movie appearances include The Blues Brothers, Spy Hard, and Dave.