If you haven’t feasted your eyes on Ray-Ban’s award-winning 2007 marketing campaign yet, look it up online now. The multimillion dollar consumer campaign titled ‘NEVER HIDE’ marked the brand’s greatest effort yet, screening on twelve of Times Square’s screens and going international.

Contents hide
What was the campaign?
Why was it so successful?
Use of emotion
Depth
Flexibility
Appeal to wide audience

What was the campaign?

The Ray-Ban brand has evolved a lot since its launch in 1937, but what hasn’t changed is its iconic and culturally relevant style. NEVER HIDE went full avant-garde, with primary photographer, Mark Seliger, capturing the interest of the young and old alike with its key message: rebel against social norms and embrace your individuality. The campaign attracted models like Ria Serebryakova and Nic Lafrance and featured bold imagery, with photographs which payed tribute to the brand’s roots – mid 20th century America – whilst adding a modern twist. 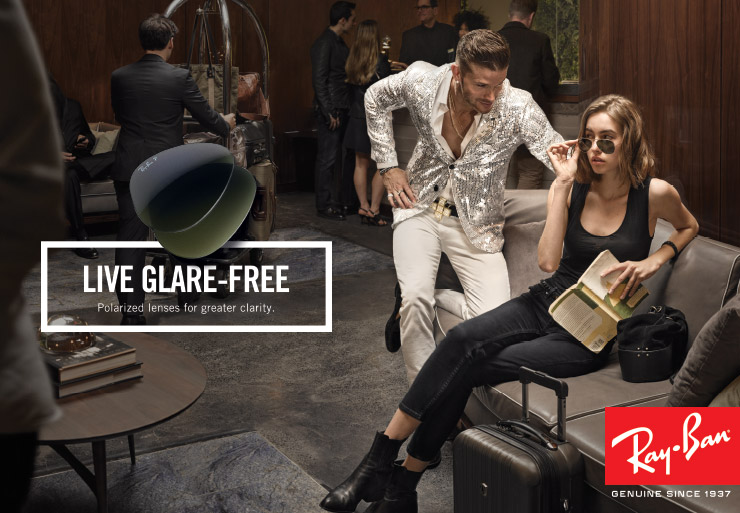 Seliger’s photos were exciting and offered a glimpse of danger; a policeman surrounded by bikies, two women in scantily-clad clothing running across a road in the rain, a young couple kissing in the middle of a public riot etc.

One of the most iconic moments in the campaign was a poster of two gay businessmen holding hands as they walked down a busy city street. The scene appears to be set around the 1950s, during a time when homosexuality was still considered a mental illness. The poster was praised for its positive promotion of LGBT rights and pride.

Why was it so successful?

Much of the success of the campaign was due to its pro-individuality message, which can easily apply to anyone. By suggesting that wearing Ray-Ban glasses is the key to becoming stylish, confident and self-empowered, the brand was able to increase their sales by fivefold over the next seven years. Ray-Ban has been largely successful by fostering stylishness as a key brand attribute. All you need to do is see some of their other work, like the Ray-Ban Reloaded Outdoorsman, which was released in Spring 2018. Featuring models Irene Totaro and Leonardo Gaist, the campaign focused on getting in touch with your individuality in the heart of nature.

But getting back to the original NEVER HIDE campaign, some of the techniques they used to improve its success were:

By incorporating relatable characters and telling a story in their photos, Ray-Ban was able to trigger an emotional response in their audience. The photo of the gay couple inspired pride, while the photo of the girls in the rain sparked a thrill. We can even see these sentiments reflected in some of Ray Ban’s more recent photoshoots, specifically “Life Through Your Eyes.” Featuring model, Ty Ogunkoya, the campaign was released in March 2019 and explores the emotive connotations of experiencing life through Ray-Ban shades. 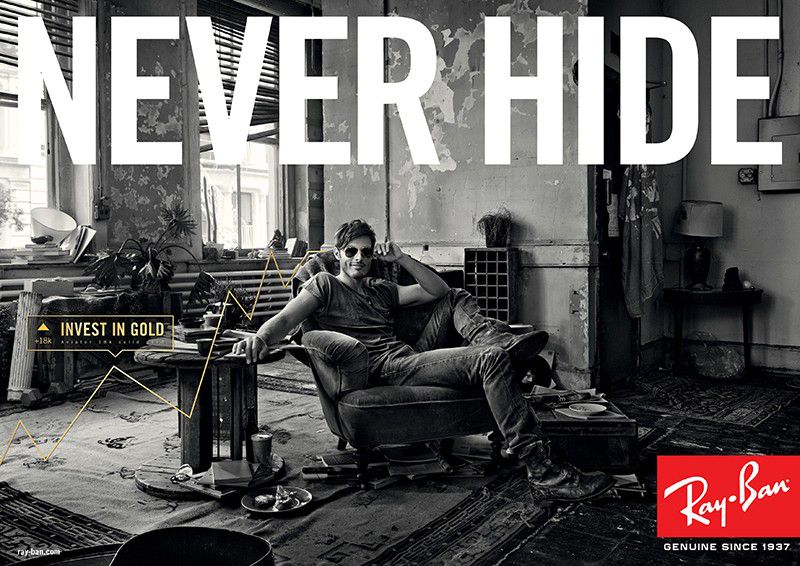 The NEVER HIDE campaign wasn’t triggering superficial impulses such as thirst or sexual desire, it was triggering a much deeper need for self-expression and belonging. This meant that it created a longer-lasting impression with its audience, and made them feel not simply like they wanted the glasses, but that they needed them. This was key for selling their product. In fact, this sense of belonging often permeates many of Ray-Ban’s promotional shoots, particularly a more recent shoot, #PROUDTOBELONG. Rhianna Jones also featured in a similar-themed campaign in 2018.

Ray-Ban made sure to market their campaign across both physical and digital platforms, which was relatively unique at the time. This meant that NEVER HIDE was seen at the bus stop, online and in shopping centres – it was everywhere!

Unlike some products, such as lipstick or surf boards, Ray-Ban glasses can appeal to almost everyone. They are a unisex, cross-generational product that can be customised to one’s liking. They also serve two important purposes: sun-protection and style. In a sense, their product has a practical utility and, more importantly, a degree of style that cannot be matched. This meant that Ray-Ban could sell their glasses to everyone – the parents pushing their stroller and the baby in the stroller.

Ray-Ban’s NEVER HIDE campaign was an incredible marketing success that not only boosted sales for the brand, but helped create an international cultural shift towards individuality and self-expression. Businesses would do well to follow in their footsteps. The world of sunglasses just wouldn’t be the same without Wayfarers and Aviators.