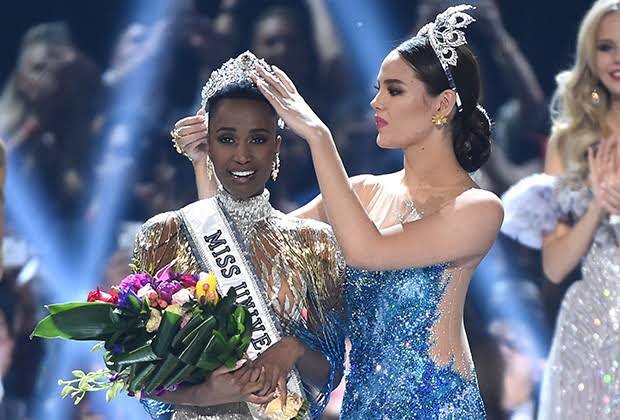 Miss South Africa Zozibini Tunzi's win represents the progress that the Miss Universe made throughout the years. Photo: Miss Universe

The most beautiful day in the universe has already seen the new Miss Universe. She is in the person of South Africa’s Zozibini Tunzi, who stood out amongst 90 beautiful women who are vying for the most prestigious beauty title in the world. Walking the stage of Tyler Perry Studios in Atlanta, Georgia, Tunzi wowed the selection panel with her elegant looks, charismatic personality, and, most importantly, her eloquence and grace.

But Tunzi’s win is not a win just for her or for her country. It is a win for all women of color and of different cultures. Tunzi being the newest Miss Universe, is the epitome of how far Miss Universe is now after the management has left Donald Trump’s hands. Gone were the days where ambassadors are hyper-sexualized, and their looks are put in front of any other attributes they possessed. Now, Miss Universe has evolved to become a platform for women with advocacies and causes, prioritizing heart and soul over conventional standards of beauty and glamor.

This does not go on saying that previous Miss Universe queens are not smart or they don’t have a heart; I am only saying that this year’s pageant has grown to become a platform for women to prove that they are beyond what they look like from a pageant for entertainment. 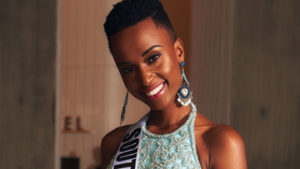 Before she was crowned, Tunzi and the rest of the finalists were asked what the most important lesson that we need to teach young girls is. And this is what she has to say:

“I think the most important thing we should be teaching young girls today is leadership. It’s something that has been lacking in young girls and women for a very long time, not because we don’t want to, but because of what society has labeled women to be. I think we are the most powerful beings in the world and that we should be given every opportunity and that is what we should be teaching these young girls, to take up space, nothing is as important as taking up space in society and cementing yourself, thank you.”

While Miss Puerto Rico and Miss Mexico focused their answers on teaching young girls to be who they are, Miss South Africa, in less than 30 seconds, was able to tell the world that it is time for young girls to be empowered beyond themselves. They need to become leaders. They need to take up space. And for a while, this is the most beautiful thing I have heard a beauty queen said in a pageant after last year’s answer by Miss Universe 2018, Catriona Grey.

Miss Universe, as an organization, has been exhibiting progressive improvements in terms of its social and political statements. Last year, the first transgender woman walked in the heels of Angela Ponce from Spain. She said during that time that she doesn’t need to win Miss Universe, she just needs to be there. This year, Miss Universe has also seen the first openly lesbian contestant in Miss Myanmar.

The progress that Miss Universe has made is impressive. In my opinion, the girls this year comprise one of the strongest sets of girls in history. But the most important spotlight tonight shines on Zozibini Tunzi. And she’s right; it’s time for women to take up space. She already started taking up her own.

The life and work of Henri de Grossouvre: an inside look
Who really is the winner of Miss Universe National Costume?