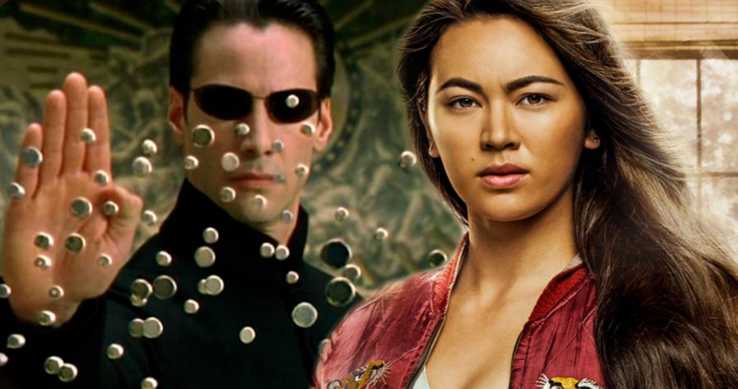 The tough and beautiful veteran of the martial-arts based MCU Netflix series ‘Iron Fist’, Jessica Henwick, is reportedly in advanced talks regarding the possibility of her taking on the lead protagonist role in the upcoming continuation to the Matrix film series. There hasn’t been a Matrix film since the trilogy-ending Matrix: Revolutions which ended the story arc of Keanu Reeve’s character ‘Neo’.

Now, with Keanu Reeves reported to be returning to his character of Neo for the 4th film, it is speculated he will ‘pass the torch’ to Henwick as the new ‘one’ (the superhuman hero of the film’s universe).

One of the reasons this change could be prominent in the film is that the Matrix creators Lana and Lilly Wachowski were both born male and transitioned to female later in life. They have both incorporated themes of gender identify in their films since the Matrix trilogy ended, so it makes sense for a (now older) Keanu Reeves to give the responsibility of being ‘The One’ to a female actress who can bring a new perspective and relatability to the role.

Certainly, Henwick’s experience with Iron Fist (a show requiring her to perform martial arts) is going to give her a running start with the Matrix universe in which gun-fu and wire fighting are the name of the game. She should have no trouble jumping into the roll of a bicycle kicking badass should she get the final green light as the new ‘One’.

Unfortunately for Henwick, Marvel’s Netflix MCU shows were collectively cancelled amidst less-than-stellar ratings. However, Henwick has still been busy with work including filming for horror film Underwater and epic monster-movie crossover Godzilla vs King Kong.