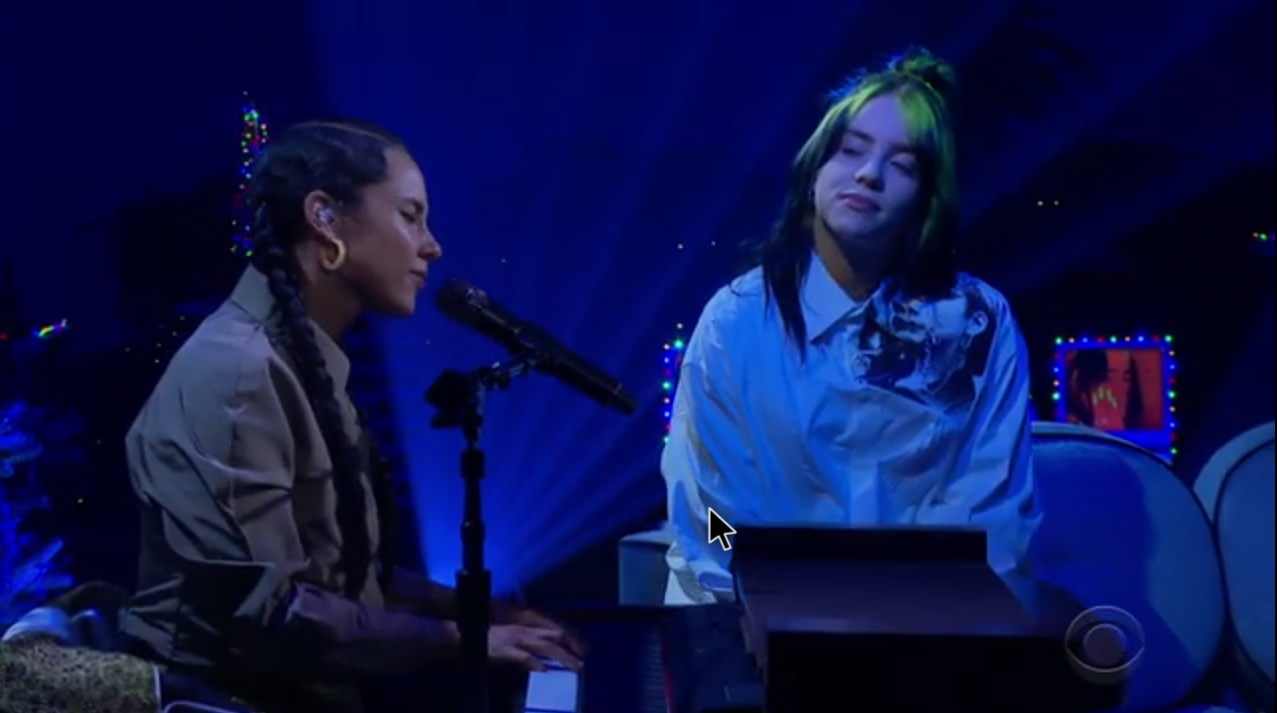 Billie Eilish appeared in an episode of The Late Late Show with Alicia Keys as the guest host. As expected, the legendary musical icon who made If I Ain’t Got You the penultimate soundtrack of people who fell in love so hard asked the 17-year-old alternative rock superstar for a duet. When Alicia Keys asks, you do not say no. Of course.

“I mean, I didn’t bring this thing here for nothing,” Keys joked as she slid behind the keys. As she sat down the piano, she requested for the lighting to be changed to become more “dramatic.” The two started exchanging notes per notes of Eilish’s iconic debut song. The two traded notes and verses, until the final chorus when they joined forces to give the world a harmony we all deserved.

Alicia Keys is a real diva, and she showed the fact once more with a couple of alternative notes and beautiful runs she inserted into the song. And Billie Eilish, well, she definitely can sing live! Geez, she can handle a duet with Alicia Keys! Eilish wrapped up the song, and the performance warranted massive applause from a studio audience comprised of only women.

At the age of 17, the teen pop icon acclaimed for her rebellious music and art style has achieved so much in her career since she started making music. She carted a string of hit singles on the Billboard Hot 100 and is supported by more than 39 million followers on the popular social media platform, Instagram. She debuted her first single “Ocean Eyes” in 2016, which was subsequently released on the record labels Darkroom and Interscope Records. The song was written and produced by her brother Finneas, with whom she collaborates on music and live shows. Since then, Eilish becomes a household name in the music industry, especially after her breakout song “Bad Guy,” which was released in early 2019.

This year, Eilish made history to become the youngest artist to be nominated in the four major categories in Grammys. She has been nominated in the Album of the Year category for her genre-bending, and critically acclaimed debut album, “When We All Fall Asleep, Where Do We Go.” The teen idol has since amassed more than 15 billion aggregate streams across all platforms like iTunes, Spotify, and Youtube is also nominated for Record of the Year and Song of the Year categories for her No. 1 hit song “Bad Guy.”

All in all, Eilish gathered a total of six nods for next year’s awards, tying up with “Old Town Road” hitmaker, Lil Nas X, who also had six nominations.

Watch Billie Eilish and Alicia Keys in their Ocean Eyes duet below: